The stars of European poker will be rewarded for their efforts throughout this year come January, when the European Poker Awards arrives for an 11th successive year. 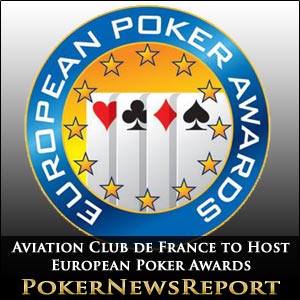 The stars of European poker will be rewarded for their efforts throughout this year come January, when the European Poker Awards arrives for an 11th successive year.

The event – which will be hosted by former European Poker Players Association (EPPA) secretary Nic Szeremeta – will be held at the Aviation Club de France in Paris on January 25 during the Euro Finals of Poker, with the winners selected by a group of poker industry experts.

The final judging panel – which meets in private and is made up of eight people that represent management and players – will be provided with extra information on the nominees to allow them a clearer choice when deciding on who wins the awards.

The categories will be discussed and then voted on, with the final voting being a ‘blind ballot’, resulting in the award going to the leading candidate – although the president won’t announce any winners, just that a choice has been made.

The winners’ names are then placed in sealed envelopes and not opened until the awards ceremony takes place.

If there is a tie, the president will announce who they are and then allow the judges to further discuss who should triumph. Those judges will then be asked to once again vote until a winner is decided.

Englishman Szeremeta is certainly a good choice as host, having played poker since the early 60s, while the 68-year-old is also the former editor of Poker Monthly magazine, as well as Poker Europa magazine, and created the popular Late Night Poker television show and was also a co-commentator with The Voice of Poker, Jessie May, during the first three series of the programme.

Additionally, Szeremeta is also the co-creator of the World Heads-Up Poker Championships.