Daniel Tzvetkoff, responsible for ratting out Full Tilt, PokerStars and Cereus to the FBI, is now under investigation for fraud by the Australian Securities and Investments Commission (ASIC). 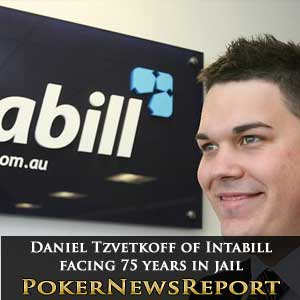 On the back of last week´s report that Australians lead the world in gambling losses, comes the news that the Australian businessman who was responsible for ratting out Full Tilt, PokerStars and Cereus to the FBI is now under investigation for fraud by the Australian Securities and Investments Commission (ASIC).

Daniel Tzvetkoff (who has actually born in the UK to Bulgarian parents) was the brains behind the payment processing machine that enabled the major online poker sites to process payments from players in the USA post UIGEA (Unlawful Internet Gambling Enforcement Act of 2006).

With his partner, Salvatote Sciacca, Tzvetkoff built a company (“Intabill”) which turned over more than $300 million per year for the gambling sites at its peak and, with income to the company exceeding $100,000 per day, Tzvetkoff developed a taste for the rich life.

That taste eventually extended beyond what Tzvetkoff could realistically afford – luxury yachts, $80,000 golf memberships and a $27 million mansion on Queensland´s “Mermaid Beach” – and he started dipping into company funds and then into the funds meant for the poker companies.

In June 2009, Tzvetkoff, Sciacca and Intabill were sued for by Kolyma Corporation AVV – the Aruba trading name of Full Tilt Poker – who claimed they were owed $52 million dollars. It turned out that funds deposited by players, which were credited to their poker bankrolls, never made it to Full Tilt Poker.

Similar suits were filed by PokerStars and the Cereus network and, in the light of a major potential fraud, Intabill´s USA Partner (Impact Payment Systems) pulled the plug – officially stating that an increase in debit/credit charge-backs had made the operation unviable.

Intabill collapsed in June 2009, and Sciacca sued Tzvetkoff for AU$100 million after realising the extent of Tzvetkoff´s illegal activities. Tzvetkoff fled to the States and was arrested in Las Vegas, where he was “attending an internet billing conference”.

Facing 75 years in jail, Tzvetkoff brokered a deal with the FBI – a deal with allowed him his freedom in return for the information which led to the seizure of the poker websites and bank accounts belonging to Full Tilt Poker, PokerStars and the Cereus Network earlier this month.

The deal also has implications for the 700,000 Australians who wager over $1 billion dollars a year on online poker sites such as Full Tilt Poker and PokerStars, as Australia´s Interactive Gambling Act prohibits the provision of ”an interactive gambling service to customers in Australia’‘.

Now the poker playing authorities at the Australian Securities and Investments Commission (actually, we are just guessing they play poker) have got their revenge by announcing an investigation into Tzvetkoff´s Australian arm of Intabill – BT Projects.

Tzvetkoff will face serious charges in Australia, should he ever return from his safe house in New York, and the loss of any personal assets he has amassed through his fraudulent dealings.

Potentially, he will also have to cope with the wrath of 700,000 Australians should his deal with the FBI lead to similar action by Australia´s Federal Police.