Last week we learned that several New Jersey casinos had failed to provide the Division of Gaming Enforcement (DGE) with the required amount of documentation. 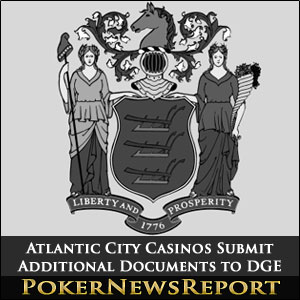 Last week several New Jersey casinos had failed to provide the Division of Gaming Enforcement (DGE) with the required amount of documentation.

It meant that the projected late November launch date was possibly in jeopardy if the DGE could not properly investigate the casinos and their relationships to Internet gaming partners. The casinos in question were given until Friday, September 20 to comply with the DGE’s request for additional information.

It appears as though the casinos found lacking have met the deadline imposed by gaming officials, as the DGE has reported to the Press of Atlantic City that it is now poring over a substantial amount of information received as requested. The DGE chose not to enter into specifics about which casinos timely complied (or which may still be lacking), but a spokesperson did say that the launch date of November 26 remains intact at this time.

It is now a little more than 60 days before that late November go live date. New Jersey regulations require that the casinos preparing to launch online poker and gambling sites be notified at least 45 days in advance. So in about two weeks from now, DGE director David Rebuck is required to announce the rollout of Internet gambling if, indeed, that target date will be reached.

While the state’s 12 casinos will each be allowed an operator’s license, more than three dozen companies have applied to be part of the Garden State online gambling regime in some way, shape, or form. Analyzing all those applications takes a considerable amount of time and gaming regulators are undoubtedly putting in a considerable amount of overtime in trying to accomplish that task.

The history of legalized casino gambling in Atlantic City spans 35 years. A new chapter will be written when the state embarks upon regulated online poker and gambling later this year. State officials are banking on the new Internet gambling scheme to right the ship in terms of sagging revenue seen at the brick and mortar casinos for roughly the last half-dozen years.