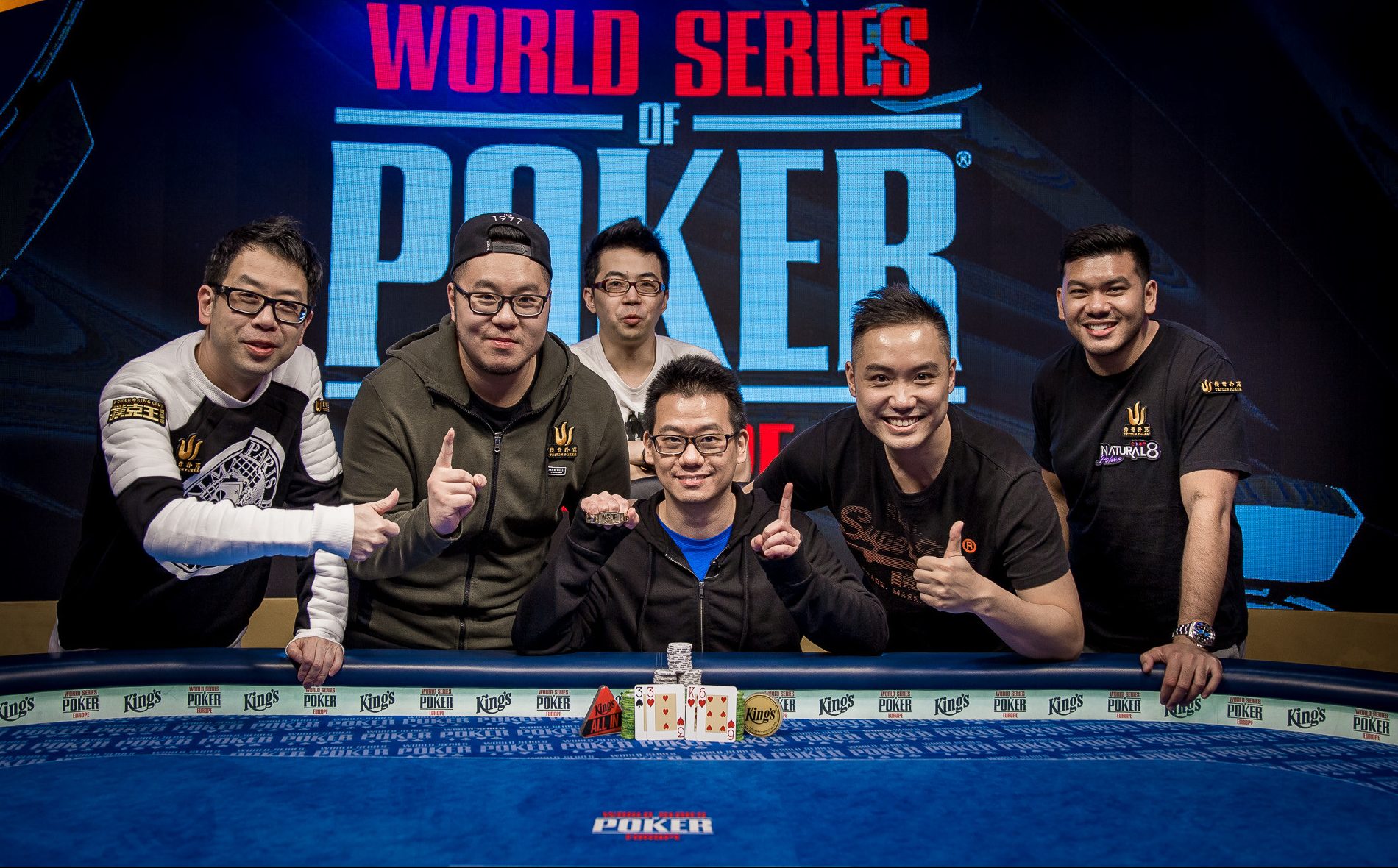 Another player was crowned recently in the 2020 World Series of Poker Online — Yan Shing Tsang. “Anson,” which is his nickname, has managed to earn the second gold bracelet in his career, winning in the heads-up against a player called Mohaiman Ashrafee.

Anson has been pretty active in the 2020 WSOP Online, as Event #68 was his 12th cash of the festival. On top of that, the player has been an active participant of the WSOP events and managed to cash more than 30 times in total, both in WSOP in Las Vegas, and WSOPE in King’s Resort, Czech Republic.

Apart from winning a cash prize and a gold bracelet, Anson also managed to land another trophy that would bring back some great memories. Namely, he received a package prize of the World Series of Poker Europe, that will take place once again in King’s Resort. Tsang managed to set a record of a sort, becoming the first Hong Kong player to win a gold bracelet, after winning a 187-entry-event in 2018. In other words, he managed to take down Event #7: €2,200 Pot Limit Omaha and create history.

The event attracted a lot of great poker players, including some GGPoker ambassadors. Some of them who managed to make it to the money list are Daniel Negreanu, Timur Margolin, Joao Vieira, and Vanessa Kade. However, with the 50 remaining players, Tsang was quick to show that he was very determined to win a gold bracelet, emerging as the chip leader at that time, and keeping his lead almost throughout the end of the event.

What helped him become the leader was notching huge pots after eliminating two players – Lianghong Li and Vishal Tulsyan. With both players, Tsang managed to land a full house and send them to the rail. He then confirmed his place as the chip leader after scoring an elimination against Chirag Sodha.

The final table consisted of nine players, and the first one to hit the rail was Eder Campana from Brazil, who managed to land a total of $11,604 for his effort. After that, a Japanese player was ready to leave the game — Nobuaki Sasaki ended up eight-placed for $16,139.

The seventh-place was reserved for Marc Carola from Mexico, who snatched $22,446, and Malcolm Trayner from Australia followed shortly after for $31,219.

An Israeli player Amir Dvir was the last one to leave the game before threeway play could start. Dvir won a total of $60,387.

Stephen Holford from the UK was eliminated by Ashrafee, as he failed to improve his ace-seven, losing to Ashrafee’s ace-queen.

After Holford left the game and won $83,986, the heads-up play was ready to start. At that point, Tsang was already a huge chip leader, but Ashrafee proved not to be an easy target. The two players engaged in a duel for 40 minutes in total, but Ashrafee lost all chips in the end and had to settle for the second place and the consolation prize of $116,809.