Another Big Poker Tournament Cancelled Due to Covid-19 Concerns 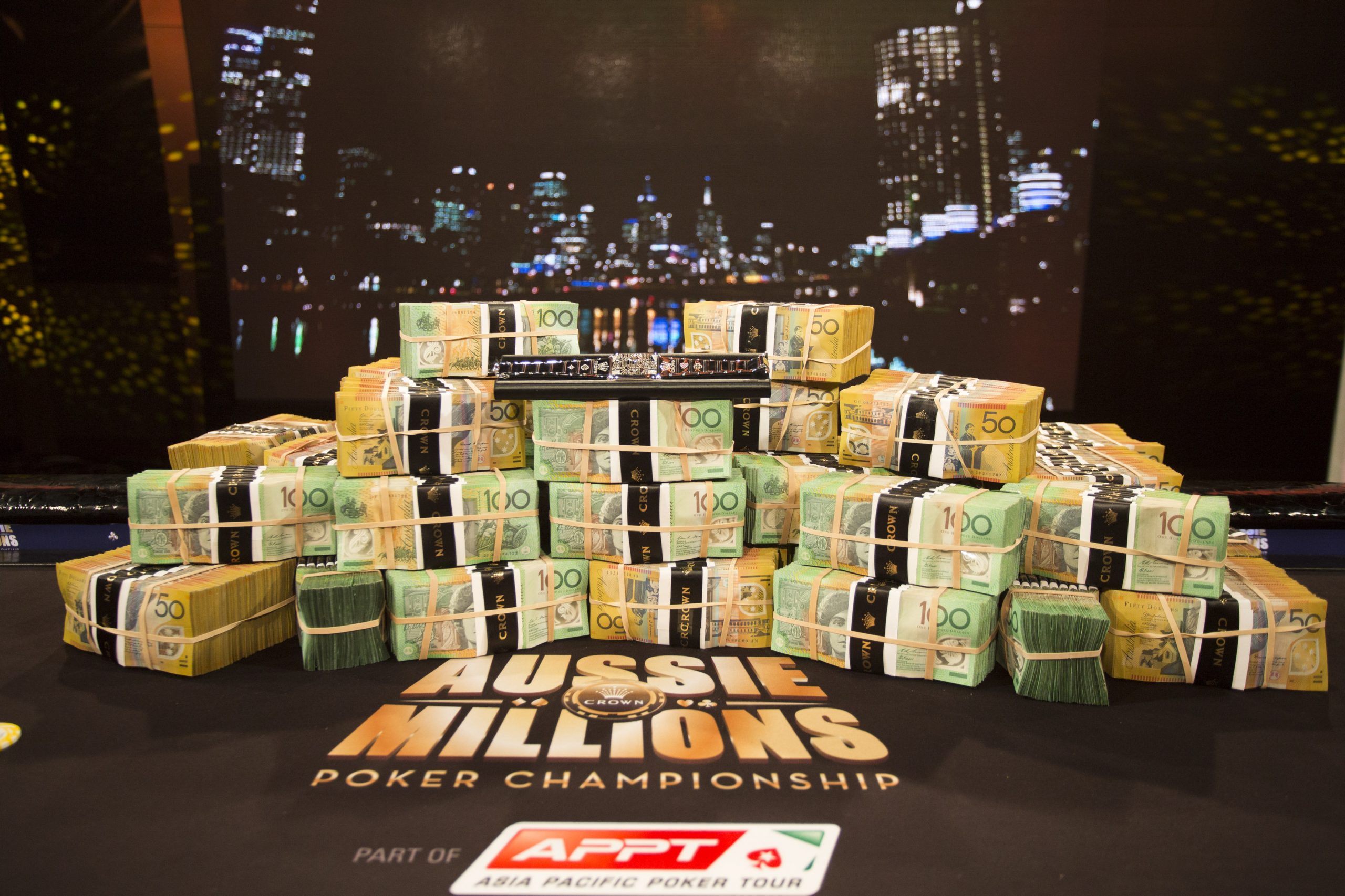 2020 has been an absolute mess for everyone around the world, and it has left a lot of people pining for the day 2021 finally arrives. Unfortunately for poker fans, however, 2021 doesn’t look much better after it was announced that the Aussie Millions tournament will not take place at its scheduled date. Furthermore, officials aren’t even sure when it will take place due to the pandemic.

Crown Casino of Melbourne officials made the announcement earlier this week, and it could end up having a profound effect on the international tournament poker circuit. Keep in mind that this is one of the bigger stops on the annual schedule, and usually makes for a great show. Couple that with the fact that the move will impact the tourism industry, and you can see why it is so disappointing.

“Due to the COVID-19 global pandemic, Crown Melbourne wishes to advise that the scheduling of the 2021 Aussie Millions poker tournament and other poker events due to take place in 2021 will be placed on hold until further notice. ”The health and safety of our community – including our employees, guests, and players – is Crown Melbourne’s number one priority.”

Another possible reason for the postponement seems to be the fact that Australia has some of the strictest travel restrictions in the world now. This means that international travel would be a very difficult thing to accomplish and result in a multitude of people missing out. It also would leave the country without a chance to make up some economic revenue from all the tourists that would come to see the show.

Think about it! Between not being able to have a full field for the event, and some fans not even being able to attend, why would Australia do that to themselves? Why would they risk lives, integrity, and a chance at having a full event when they could just put it off?

Aussie Millions postponement a grim sign for the future?

Not only is this a huge blow for the poker community, but it could also set the tone for various leagues, organizations, and other entities to postpone again. Of course, this wouldn’t involve most sports, which have been able to successfully take place inside bubble zones, but festivals, concerts, international sporting events, and other things could end up getting postponed again.

What if this is a sign of things to come? What if the sports world is doomed to come to another crashing halt? While some might see this theory as ridiculous, one has to remember that this is exactly how events started getting canceled or postponed in 2020. Hopefully, this isn’t the case come 2021, but what we were seeing now isn’t exactly promising. If nothing else, the postponement of this event leads to possible outcomes.