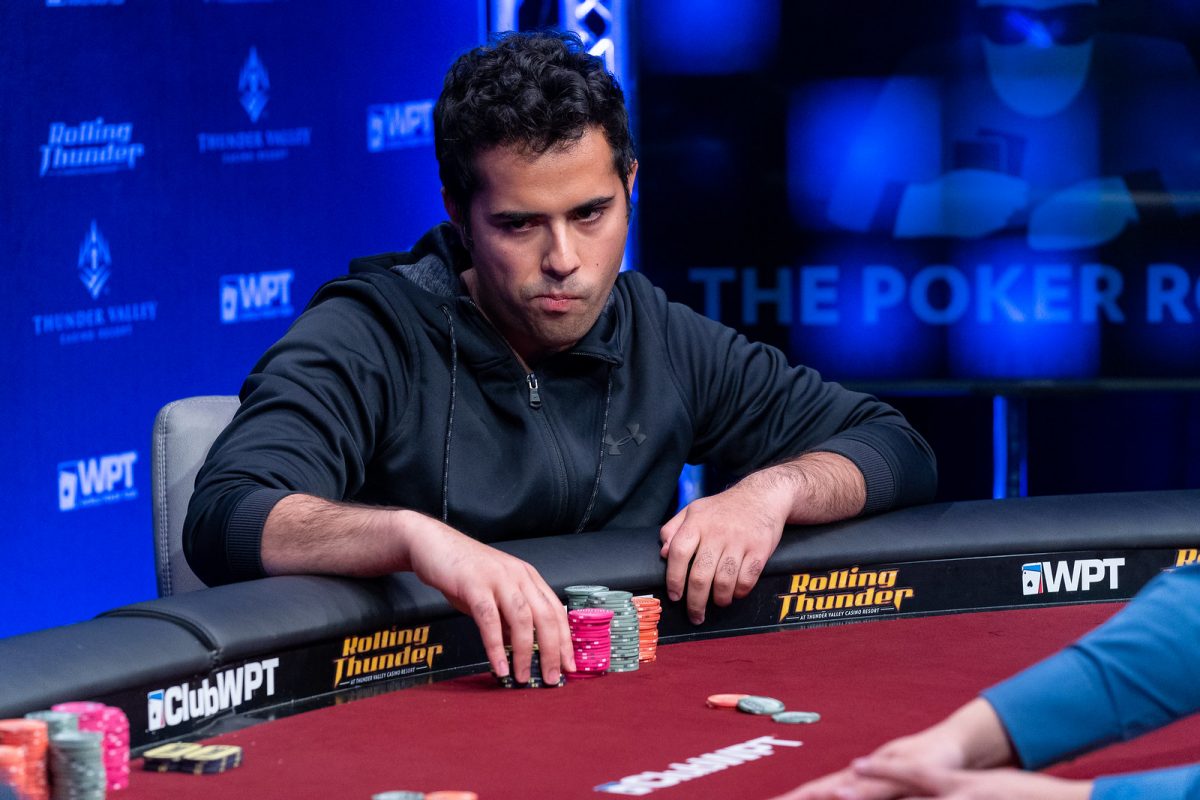 The 2020 World Series of Poker Online is slowly approaching towards its conclusion, with the Main Event being underway. However, there are still plenty of side events to play out, and the last one that wrapped up was Event #72: $1,500 Limit Hold’em Championship. A player named Ajay “Ross_Geller” Chabra managed to top the event by winning Carter Swidler in the heads-up play.

The tournament attracted a total of 337 players, and it was the second limit event that was part of the 2020 WSOP Online. Although these events aren’t as popular as their no-limit counterparts, they still manage to attract a decent number of players.

This event had the final prize pool of $480,225. Apart from winning a total of $77,375, Ajay Chabra also managed to win a gold bracelet, as well as the WSOP Europe package, meaning we will be able to see this playing on the Old Continent.

Ajay Chabra has reported a total of $219,689 in WSOP Circuit cashes, and his live tournament earnings are more than $1.3 million, according to his profile on the Hendon Mob. His performance in 2020 WSOP Online was rather outstanding, as he managed to record a total of 10 cashes, with four of them being top-ten prizes.

Moreover, he managed to make it to the final table three times, with the third time being Event #72, when he finally won the most important trophy in the world of poker.

The event allowed a three-hour-late registration period, and by the time it closed, there were fewer than half of the players left in the game, waiting for the bubble to burst. The top 47 players were paid in this event, and the minimum prize was $3,312. One of the great poker players to fail to make it to the money list was Daniel Negreanu, losing all chips to Farid Jattin.

Many other great players failed to make it to the final table as well, including Felipe Ramos, Negreanu’s fellow GGPoker ambassador. Other players that made similar achievements were Yuri Dzivielevski, Benny Glaser, Sam Higgs, Juha Helppi, Phil Hellmuth, Mike Leah, and James Chen.

The player who burst the bubble was Chris Ferguson, and approximately an hour after that, there were only two final tables left. One of the players that aimed to win their third bracelet was Alek Stasiak, but he failed to do so, as he even failed to reach the final table. Additional players who ended their run in this part of the tournament were Anson Tsang, Arkadiy Tsinis, and Mark Herm. After that Justin Lapka hit the rail and paved the way for the final table.

The first player in the final table to lose all chips was Shannon Shorr from the US, who managed to win $7,595. After that, it was time for another US player, Rich Dixon, to hit the rail with a total of $10,338 in his pocket.

The seventh-place was reserved for Kevin Liu, who won $14,071 for his effort, and a Ukrainian player Dzmitry Yasiukevich soon followed in the sixth place for $19,153.

Mike Watson was fifth-placed, as he managed to win $26,069, only to be followed by a Japanese player called Kosei Ichinose in the fourth place for $35,483.

The last player to hit the rail before the heads-up action could start was Apti Dzhabrailov from Russia, who managed to win $48,296 for his effort.

In the end Carter Swidler from Canada wasn’t a match for Ajay Chabra and had to settle for the consolation prize of $65,737.