AGA to Oppose PokerStars in NJ Without Fahrenkopf

The American Gaming Association will likely continue to oppose PokerStars’ entry into the U.S. online poker market, but will do so without Frank Fahrenkopf. 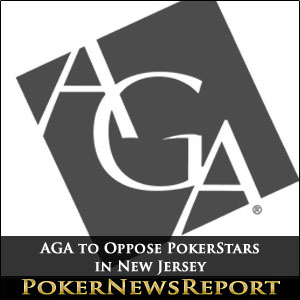 The American Gaming Association will likely continue to oppose PokerStars’ entry into the U.S. online poker market, but will do so without Frank Fahrenkopf.

Last week, PokerStars announced that it had signed a partnership agreement with New Jersey’s Resorts Casino to provide online gaming software in the state’s Internet gambling scheme that is set to launch in November. That collaboration came on the heels of recent court decisions that will apparently keep PokerStars from consummating an earlier deal to acquire the Atlantic Club.

The AGA, under the helm of Fahrenkopf as president and CEO since its inception in 1995, vehemently opposed PokerStars’ attempted purchase of the struggling casino. The AGA cited PokerStars as a business that used deceitful practices by remaining in the U.S. after the UIGEA was signed into law in 2006 as the main reason why the deal should not be allowed by New Jersey gaming regulators.

Since that deal to become an Atlantic City casino owner fell through and was terminated, PokerStars turned to ‘Plan B’ and partnered with Resorts Casino in order to gain entry into the U.S. online poker market. While state gaming officials still must decide if PokerStars will be a suitable casino partner, it is believed that the AGA will not give up in its goal of preventing the world’s leading poker site from entering New Jersey.

That opposition will have to be waged without Fahrenkopf, as the 73-year-old has officially stepped down from heading the AGA. Fahrenkopf was the voice and backbone of the association for 18 years. But he announced his retirement from the post many months ago, giving plenty of notice before his July 1 exit. Fahrenkopf will continue to lend his expertise to the AGA in a consulting role.

The AGA named Geoff Freeman as its new CEO and president more than two months ago. Freeman spent the last seven years as CEO and executive vice president of the U.S. Travel Association. He is well-respected throughout Washington and is expected to use his experience and networking skills in furthering the goals of the AGA.

One of those goals is to penalize PokerStars for their disregard of the UIGEA and to keep them from participating in the newly-regulated online gambling regime in New Jersey and other states. The ultimate decision will be that of state gaming regulators, but you can be certain that those regulators will once again hear the AGA’s opinion on the matter.