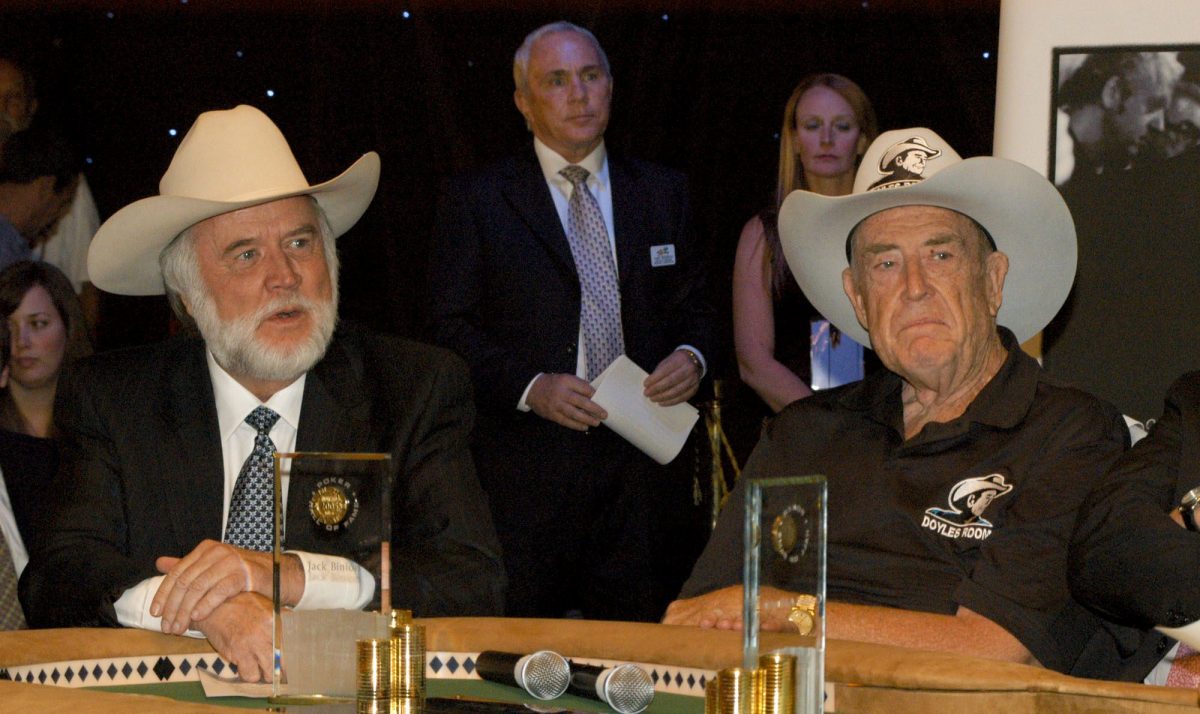 Crandall Addington may not sound like a familiar name to poker players nowadays, but he is one of the crucial people for the popularity of the World Series of Poker. He currently holds one very interesting record related to this tournament — he managed to reach the final table of the Main Event seven times.

Sure, that seems rather unlikely to happen now, but it was possible back in the days when Main Event fields weren’t so big to start with.

Addington is now 81 years old, being born back in 1938. He is still actively gambling and is one of the few road gamblers from Texas that remained in the game.

He wasn’t only a poker player. He earned his first million by being an entrepreneur in the oil business.

Yet, when it comes to poker, it’s safe to say that he retired successfully back in the 80s. His last recorded cash was from 1990. He said that he wanted to focus on his business instead of poker, which he did.

Nevertheless, he returned to the game after that and was even introduced to the Poker Hall of Fame back in 2005. That’s also the last time he took part in a WSOP event.

Limit Poker is a Science — No-Limit Is an Art

One thing that many people know as some kind of the universal poker sayings is the statement “limit poker is a science, but no-limit is an art.”

It’s actually uttered by Addington, which was followed by the saying that players are “shooting at the target” when they play limit poker, but the target “comes alive and shoots back at you” when you’re playing no-limit.

Early Memories of the WSOP

Addington doesn’t take part in WSOP events anymore, but he remembers some of them that date back to the early days of the tournament.

According to him, the precursor to the WSOP was the Texas Gamblers Convention that took place in Reno and was organized by Tom Moore. It attracted a lot of high-rollers, bookmakers, and best poker players from the country. They were playing all kinds of cash games and had great fun, as explained by Addington.

Then, he stated that Benny Binion called Tom Moore to ask him to buy the tournament. Moore, who was Addington’s good friend, even asked Addington about his opinion, and Addington suggested that he should sell the tournament to Binion.

In fact, Addington believed that Binion was great at promoting stuff and that he would be able to popularize the tournament. And so it happened, but the only difference was that Moore just gave the tournament to Binion basically for free.

As soon as Binion became the main man behind the tournament, it was relocated to Las Vegas, but it still didn’t have the tournament format. In fact, players would vote on the best players.

At that point, Jimmy “The Greek” Snyder made a useful suggestion — to organize the tournament around one event and a single game, believing that it would help it with publicity.

Binion was eager to hear the opinions of his fellow gamblers, who then said that they wanted to focus on no-limit hold ’em. The tournament then began to take shape, and players started to become more interested in it.

According to Addington, the tournament helped the casino to attract more people, but Addington and other professionals had a piece of the cake for themselves. Namely, there were a lot of “seals” coming to play, but Addington said that he and his fellow players were “great white sharks,” who would profit from the seals.

Addington even stated that one of the players who lost the most money to them was Jimmy Chagra himself.