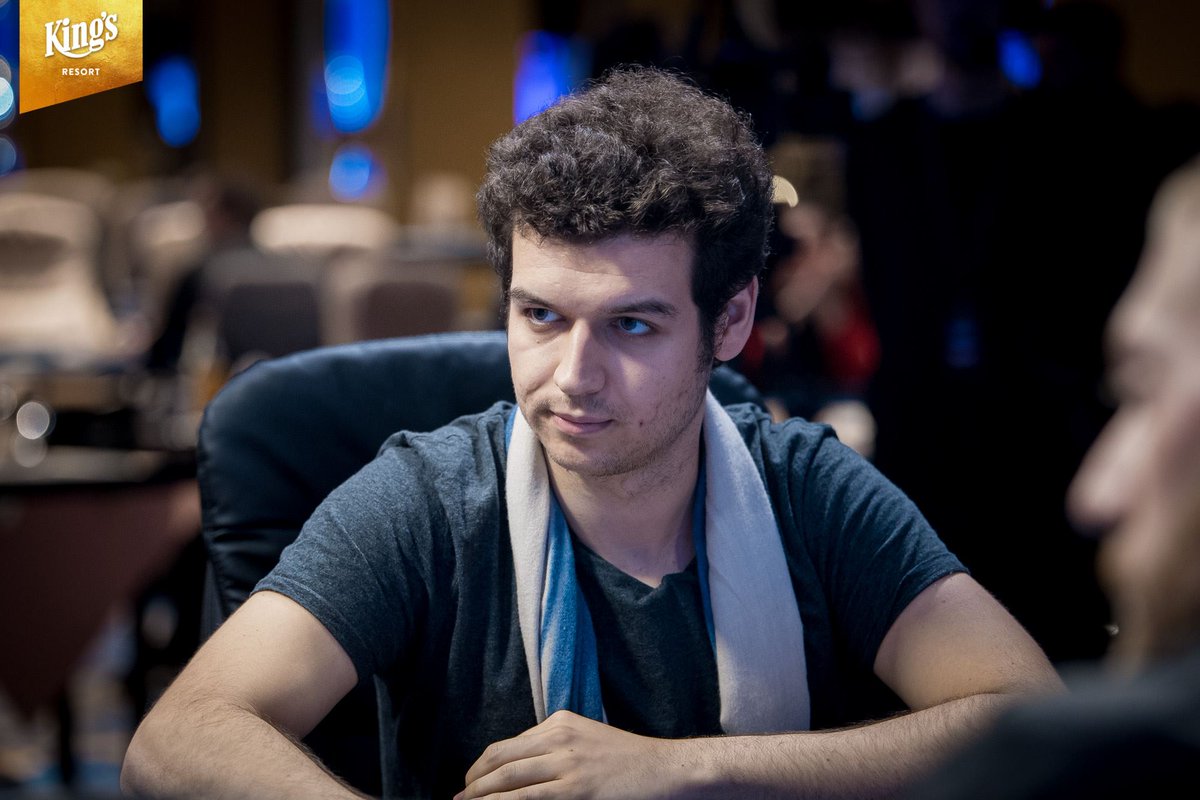 The two players made a deal at one point to split the prize according to their chips, and left approximately $30,000 to play for. Haxton went home with $1,216,286, Addamo enjoyed a $1,284,114 payout. Apart from the prize, Addamo also had an opportunity to receive a prestigious title by winning this event.

As soon as the two players made the deal, they started playing attractive and captivating poker, with both exchanging big leads. The interesting final part of the tournament had to end at one point, and it was Addamo who secured victory against his opponent.

It’s safe to say that the third-placed player, Charlie Godwin, had the best tournament. Godwin won an entry for the Super High Roller by topping a $109 WPT satellite. At the start of the final table, Godwin was short-stacked, and it seemed like she would hit the rail at any time. Nevertheless, she managed to end up in third place, winning $620,000 for her effort. It’s safe to say that she had a pretty good ROI on this one.

The top six players received money, although seven were in the final table. The pace was slow at the start, and it was Canada’s Daniel Dvoress who was the unlucky one to burst the bubble and hit the rail as seventh-placed. After he failed to pull off a hero call against Reixach, he had to say goodbye to the rest.

The next one to leave the game was Christoph Vogelsang, who was eliminated by Reixach. Namely, Vogelsang first lost a lot of chips to Addamo, and Reixach was just the one to finish the job. Vogelsang had to settle for $229,600 as his reward.

After that, it was time for Linus Loeliger to leave the game. The Austrian had a great start of the final table, but then dropped to the bottom of the board, after being eliminated by Haxton. Loelinger received a total of $276,000.

One of the most important hands involved Sergi Reixach, who eventually dropped from the race as fourth-placed.  He had an ace-four in his hand against Haxton’s ace-king. Haxton three-bet to 131,000 and Reixach decided to shove. Haxton snap-called. The board bricked for both players, so Haxton eliminated Reixach, who had to settle for $374,000. After that, Godwin lost all chips and the last two players engaged in the heads-up battle.

There were approximately 250 BBs in play, and the two players had a similar number of chips, so they immediately decided to strike a deal. During the first couple of hands, Addamo held a solid lead over his opponent, but Haxton wasn’t an easy nut to crack, so he took the lead and even managed to make a 4:1 advantage at one point.

Nevertheless, Addamo fought back, regained his lead and started gradually extending it, securing the victory along the way. The last hand was actually the first all-in from both players from the start of the heads-up, and it was the decisive one. Haxton had to settle for second place, but his reward was similar to Addamo’s in the end, with both players winning $1.2 million.