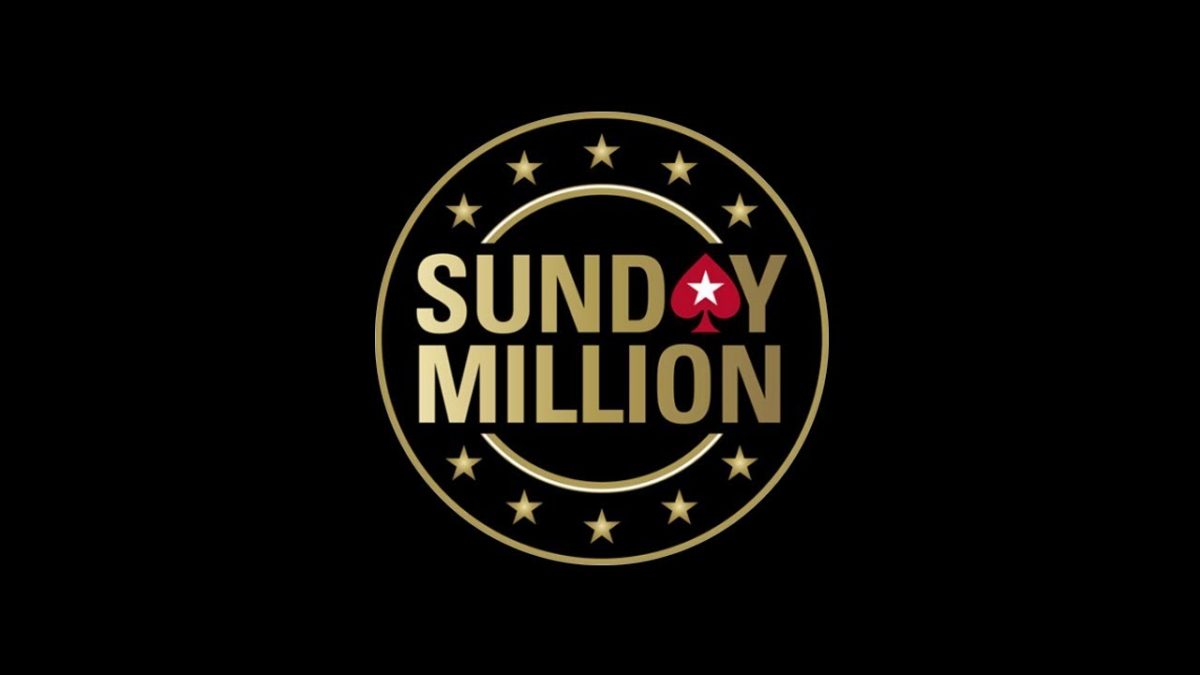 A player from Brazil nicknamed “AAAArthur” managed to grab the biggest piece of the prize pool for winning the PokerStars 14th Anniversary Sunday Million. He did it with deuces, making the final hand as exciting as it can get.

After using his pocket cards to create a full house, he successfully won against Stefan “CrAzY_sTeFaN” Piele Dragos in the heads-up. Therefore, the Romanian player had to go for the consolation prize of $921,328. On the other hand, AAAArthur won a total of $1,192,802.46.

When there were four players left in the game, they decided to make a four-way deal, and AAAArthur was the only one to walk away with more than a million.

What makes this whole thing interesting is that the player from Brazil did not take part in big events before. As a matter of fact, his biggest recorded cash so far was $90.

But this is not where miracles end. AAAArthur went completely Moneymaker on this event, as he started with a satellite tournament that cost him $11, and ended up winning more than a million!

A player named “meandmyarrow” was the one to take the lead at the start of the last day when 91 players were left in the game. However, “heitorqueiro,” “Arlingtona,” and “AlexHoldz” started emerging at the top of the leaderboard shortly after that.

It was “AlexHoldz” who managed to get to the number of 100 million in chips. As the action continued, it seemed that the player from Croatia would be the one to enter the final table with most chips.

However, a Lithuanian player called “salonteskis” was able to take the lead, and AlexHoldz lost what seemed to be his ticket to victory.

The best nine players returned to the final table, and it was Paulius “D3cor” Vaitiekunas from Lithuania who first hit the rail with $71,869 in his pocket.

He was soon followed by a player nicknamed “pokerfrance” who was from Germany and who won $105,154.58 for their effort.

AlexHoldz, who had the biggest chip lead for a good part of the last day, ended up fifth. The Croatian won a total of $329,356.63 for their effort.

The last four players were “salonteskis,” “caroline2963,” “CrAzY_sTeFaN,” and “AAAArthur.” The four of them agreed to what their payouts are going to be like, with AAAArthur taking the biggest cut as he held the most chips at that time. In fact, at that point, he amassed more than a billion chips.

In an exciting last hand, AAAArthur did not allow his Romanian opponent to steal his thunder, although it seemed like that. Therefore, he was able to win the trophy, as well as the biggest prize.

This was a rather exciting online poker event, and it seems that we’re up for a lot of great poker action in the future. Some of the biggest live poker tournaments are looking for a way to offer the games on the web amid the coronavirus outbreak.

That way, tournaments will still be played, and the risk of players and visitors getting infected will be non-existent.