A Tale of Two Poker Pros and Their Exit from PokerStars

The poker world was taken aback last week by the sudden and abrupt retirements of world-renown poker pros Vanessa Selbst and Jason Mercier (HIS is actually just a “temporary” one) – and while them leaving seemed normal on the surface, there seemed to be differing vibes emanating from if their exit speeches are any indicator. 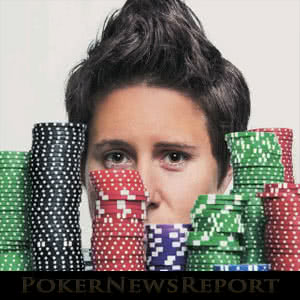 The poker world was taken aback last week by the sudden and abrupt retirements of world-renown poker pros Vanessa Selbst and Jason Mercier (HIS is actually just a “temporary” one) – and while them leaving seemed normal on the surface, there seemed to be differing vibes emanating from if their exit speeches are any indicator.

Jason Mercier and Vanessa Selbst are not only two of the very best tournament poker pros in the world, but they’re also well known for being huge brand ambassadors for the #1 poker site in the world, [geolink href=”https://www.pokernewsreport.com/pokerstars”]PokerStars[/geolink].

Between them, they hold dozens of tournament poker titles, WSOP bracelets and unheralded millions in winnings. But while both shared insane amounts of poker success, their recent retirements from the game were met with equal parts praise and criticism from many on the outside looking in.

On one hand, you had the very controversial Selbst, who has had a long-term reputation for not only having a quick temper on the felt, but would also blast any and all people who questioned her in any type of social, political or LGBT-type discussion (Selbst married her long-time partner in 2013). She was never one to back down from a fight, on or off the poker tables, where she was one of the fiercest competitors in the business.

Then, there’s Jason Mercier, who has been known as one of the nicest, down to earth poker pros anywhere. He not only crushed tournament poker for close to a decade, but he did it with a calm coolness that many of today’s younger crop of players have yet to fully embrace. His departure from PokerStars was not only met with higher praise from the community at large, but he was actually thanked by PokerStars personally via their Twitter and their official website.

Vanessa Selbst took her farewell words to Facebook, where she typed up a long and heartfelt goodbye to poker. She spoke highly of the people she got to play competitive poker against over the years, thanked the game itself for what it gave her and also spoke of her future career endeavors, which include managing a hedge fund.

However, from what I read of it (link will be posted below), there was a lot of back-handed vitriol that was aimed in the direction of her employer (now ex-employer), PokerStars. Not only did she NOT personally thank PokerStars for the many years of service she had enjoyed as a sponsored pro, but she actually took a veiled jab at Stars by further saying that the mega site has made it seem like the game was beatable, when I don’t feel like it’s true.

She spoke of the hardships of playing the game in a post-“Black Friday” environment, noting that she had to travel 90% of the time just to make it as a professional, and that her priorities were now shifting to starting a family and just settling down in (in so many words).

It’s understandable why someone who has achieved such large-scale success might be looking to step away from the game, she also seemed to cop out to tougher competition taking over the tournament circuit and that it now required her to treat poker as a real job, requiring hard work and discipline to succeed.

While there were well-wishers praising Selbst and her words, there were some poker pros that chose to air some grievances to Twitter in regards to her retirement speech. Poker pros like Todd “DanDruff” Witteles tweeted directly at Selbst saying,

I agree with the sentiment that she was a very polarizing figure in poker, and that she was definitely a bully when it came to the cards not falling her way or if another player made a questionable move or play against her. She endured a lot of shit in a male-dominated sport, but her move to retire now over her now having to treat poker like any other job is a bit short-sighted and seems like a desperate move by a player that just no longer can play at the type of level required for her to be retained by PokerStars.

Her full statement can be read here at Facebook.com.

Jason Mercier Leaves PokerStars to Dedicate Time to His Family

As I previously mentioned above, Jason Mercier is a more soft-spoken player and has ALWAYS let his play do the talking. He is one of the most respected players in the game today and is an absolute monster on the tournament scene.

While players like the aforementioned Vanessa Selbst have been on the decline, Mercier has still been doing quite well in tournaments, having taken down almost $800,000 in last year’s SHRPO High Roller event and making several final tables during the 2017 WSOP. He has earned over $18 million in live earnings and over $2 million online so far in his career.

His particular announcement was definitely not as eye-popping and controversial as Selbst’s, as he had been telling many people for several months leading up to the birth of his first child that he would more than likely be stepping away from poker for a short time to focus on his family.

It was clear to me that he most likely had discussed this with PokerStars and they came to a mutual agreement regarding him separating his ties with the company. He jokingly said on the PokerStars blog that there were times when I thought I would be a PokerStars Pro for the rest of my life…hey, a kid can dream can’t he?

However, what makes his separation from Stars a little bit different than Selbst’s was that he actually DID thank PokerStars for everything they had done for him, his career and especially his family. There wasn’t any animosity whatsoever, and the break was amicable and the PokerStars brass understood that Jason could no longer dedicate the travel time to be their brand ambassador any longer.

Hell, even PokerStars announced on their Twitter account about the news, wishing Jason and his family nothing but well wishes and linked his official statement to the tweet itself.

To put that into perspective, there was no tweet regarding Vanessa’s retirement, no news about it on their blog – NOTHING. It was like she almost never existed…

So What Should We Take From This Whole Ordeal?

Well, I’m assuming if you’re not a poker pro yourself or have any type or working relationship with PokerStars, the answer to that question would be simple – NOTHING at all.

But it somewhat sheds some light on the evolution of the game today. Ten years ago, poker seemed simple and fun and just something people wanted to be around all the time. It was full of recreational players that didn’t mind throwing a couple bucks online and just play, even if they were going to lose it.

The game has changed so much it’s hard to even wrap my own brain around it sometimes. There’s so much advanced game theory being integrated into the games today, especially in tournaments. The players I grew up with are even tweaking their own games to get up to speed with the younger hotshots that are taking over these MTT’s with a ferocity that many people still haven’t gotten used to today.

You hear sayings like “GTO” and “exploitative strategy” being thrown around like its common place. Even the legendary Daniel Negreanu has changed his entire game plan for 2018 to keep up with all these new-age techniques, as well as urging the “old guard” of pros to start doing the same or they’ll simply get passed up and left in the dust.

Players as intelligent as Vanessa Selbst never seemed to be subscribers to this type of game strategy, as it clearly shows in her Hendon Mob results the last 2 years alone. Her biggest score in that time? $81,911 at an EPT event in Prague back in December, 2015. If you don’t think there’s some type of correlation with those types of disappointing numbers and her retiring, I don’t know what to tell you…

But it is clear that PokerStars saw the same thing and more likely than not was going to fire Vanessa and no longer front the buyins for her global tournament lifestyle. The ROI was no longer there for PokerStars – and rather than make a public fuss about it, they seemed to be content with saying nothing on the issue, instead opting to let Selbst make her own statement about it.

In her statement, it is blatantly obvious who those shots were directed at when she said that she could no longer tell amateurs to join a site where the games aren’t beatable anymore. This is why there was no “thank you” to a company that kept her around for so long despite her having not just a poor table temperament, but also was lacking anything remotely resembling a tournament resume in the last few years.

This goes to show you that if you’re not continually adapting to all the rapid changes in the game that you can be let go and forgotten in an instant. If players like Negreanu or Mercier can make the necessary steps to learn, evolve and get better, then one would assume Selbst might’ve done the same instead of letting her relationship with Stars fizzle so badly. It will be interesting to see how well Selbst does outside of poker, or if she’ll eventually come back to the tourney scene like Jason Mercier.