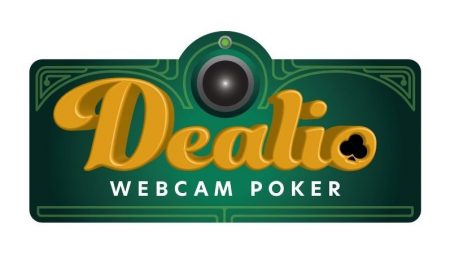 When playing online poker, you find yourself situated at a virtual table with other players from around the world or your same state depending on your location. You play with others, but you are not really experiencing poker like you would if you were in a casino. Have you ever thought about what it would be like to play online similarly to live dealer table games? Well, now you can, thanks to a newly launched option titled Dealio Webcam Poker.

The new online poker experience combines webcams and live dealers known as Dealios. The goal is to offer something different than the average online poker platform. The concept is new and has already been accepted by top players including Barry Greenstein, an ambassador for the brand.

Get to Know Dealio Webcam Poker

Greenstein is a Poker Hall of Famer who understands how the game works. He knows that while math is an important factor, so is psychology. According to Greenstein, you need to be able to see how the opponent reacts to a bet in order to know what they are thinking. With Dealio, you can do just that.

The poker pro is not only good at the game but also a software expert. He is serving as the senior software and poker advisor to Dealio and has helped create the new experience from the ground up. Dealio was created by Dialectic Applications Inc., which is a software development company.

The company was created last year by Donald Puckett, an attorney and recreational poker player. When poker rooms started closing last year due to the pandemic, Puckett started hosting home games online and used webcams to interact with his friends.

He loved the experience and it kept him and his friends connected and playing poker. The idea of Dealio was born from this, but there would be challenges to tackle. How would strangers be able to compete against each other using webcams via a poker site?

The platform of Dealio Webcam Poker uses a live dealer that they call Dealios. The dealer has in-game controls which help to moderate the game and enforce the rules. The house rules make any verbal action binding and there is no inappropriate talk allowed. Players must be visible as they take part in a poker hand.

The dealers are in place to keep the game going and to make it fun and exciting to play from home. The new concept will make gaming more interesting as players can make decisions based on how an opponent is acting on camera.

The unique concept will launch this summer in an Early Access open beta program. At the time of testing, Dealio will pass out proprietary HOLDEM tokens to early users for helping with the platform. The new platform is hoping to create a safe and enjoyable environment for online poker where players can actually see each other and interact as they would in a live setting. It will certainly be interesting to see how the concept evolves and if it becomes the newest and most popular way that players enjoy the game.