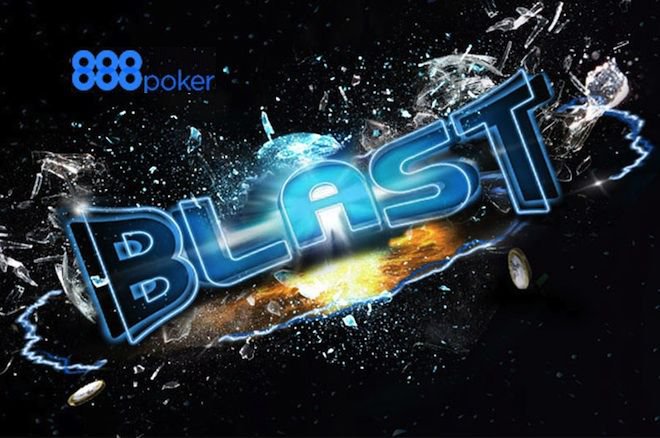 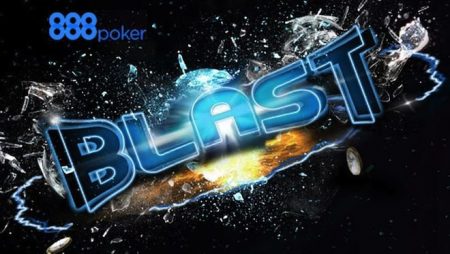 Years ago, online poker sites started to offer special jackpot sit and go’s that feature premium prizes. Each top operator has its own take on the SNG, with sites like 888poker offering BLAST Jackpot Sit & Gos. Last week, 888 reported that three players were enjoying BLAST at the $100 buy-in when the $1 million prize was hit! The players shared the prize money with the winner taking the bulk of the pot.

First place wen to Mikaxe who earned $700,000. Second place took home $200,000, which went to ayemaxx08. The third-place finisher, aatorblood13, earned a $100,000 prize. Each player was shocked to see they had triggered the huge jackpot but were happy to be receiving such a huge windfall.

To celebrate the big win, 888poker has decided to change up a few BLAST events. The $1 and $5 buy-in events now have a special $1 million prize. Earning this prize may prove to be difficult though. The odds of winning the top prize are one in every 10 million tournaments on average. The prize paid out is determined by the multiplier triggered and the largest multiplier is the hardest to trigger.

The special jackpot SNGs were launched back in 2016 and remain a staple today. Players are fans of the low buy-ins, quick format, and of course, the potential to win huge jackpot prizes. With BLAST, there is a twist at the beginning of the game. A top prize of at least two times and up to 10,000x the buy-in is configured.

This is how players win the big prizes. The higher the multiplier, the better chance to win a big payout. 888poker offers Regular and Fast Blast SNGs. There are seven buy-in amounts. Players can compete for a lot $0.10 or up to $100. The top prizes range from $1,000 to $1 million.

BLAST events start with a countdown timer in the lower buy-in levels. As the multiplier grows, the countdown is shorter and eventually, players are all-in automatically. The automatic all-in continues until one player has all the chips and the game is over.

While the lower levels do not have automatic all-ins, they do provide a winner-take-all format. The lowest three multipliers sees the winner earn the entire prize pool.

Players can check out the BLAST SNGs by heading over to 888poker today. Give the tournament a try on the lower buy-in levels to have a shot at winning all the prize money and possibly a $1 million jackpot on the $1 and $5 levels.

Try a few options to see what works best for you. The SNG’s are a popular format of play at 888poker, so you will easily be able to find options at all buy-in levels. Give the tournaments a try today and who knows, you might be the next big jackpot winner!