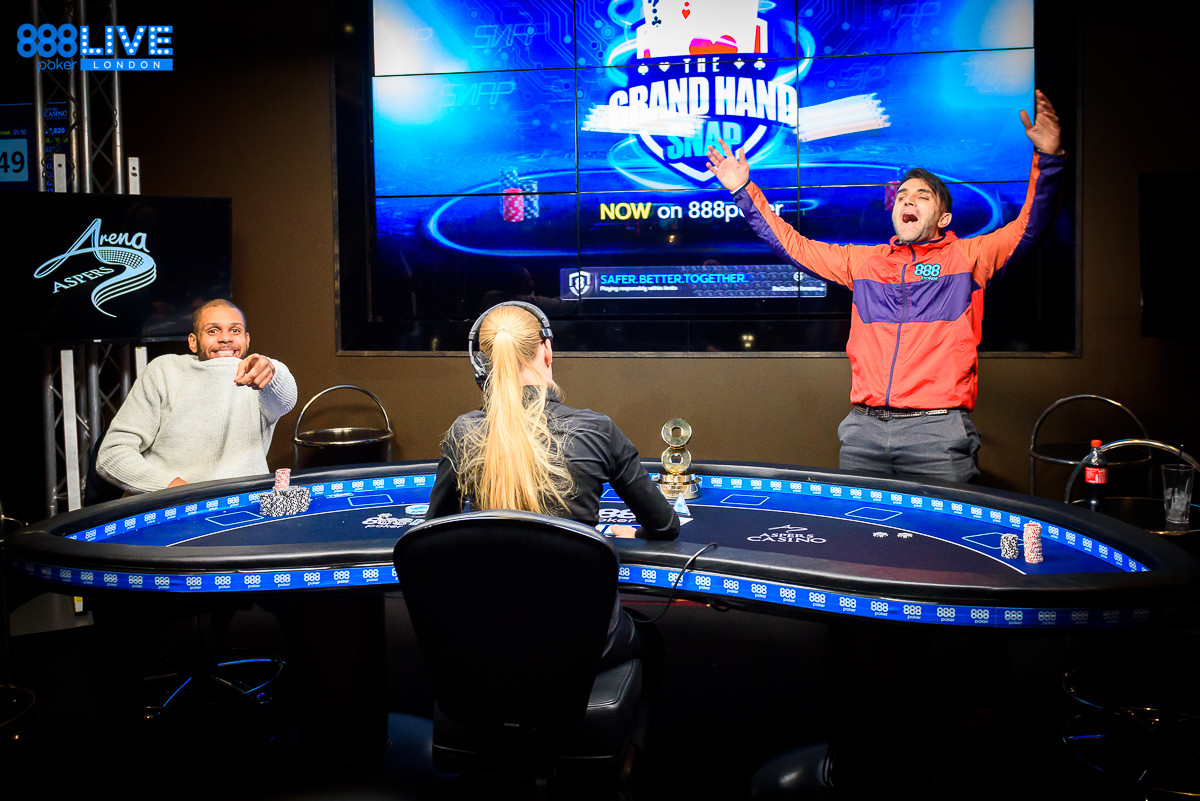 The rags-to-riches stories are always inspiring, and professional poker is the type of game that allows players to find their place among the stars. One such story is of Adrian-Eugen Constantin, a poker player from Romania who purchased a €33 buy-in in one of the satellite tournaments, and ended up winning the Main Event of the 888poker LIVE London, taking home a total of £100,000 in the end.

Constantin is a 41-year-old businessman from Romania. In other words, he isn’t exactly a professional poker player, although it seems that his talent for this game is certainly undeniable.

The final day of the Main Event required a lot of focus and energy, as Constantin needed a total of 14 hours to reach the final prize. Apart from winning the competition as an underdog, the player from Romania also surprised everyone with a fantastic comeback that took place during heads-up play against the UK native, Leon Louis.

Apart from the hefty cash prize, the Romanian also won a package that includes a paid seat for the 2020 World Series of Poker Main Event in Las Vegas.

The Main Event of the 2019 888poker LIVE Festival in London required the buy-in of £1,100 and attracted 518 entries, who managed to create the prize pool of £512,820. The top 63 players entered the money list, and the biggest part of it was awarded to players who made it to the final day and the final table.

The number of players who successfully returned to the poker tables on the final day was 23. Ultimately, the player from Romania, Constantin, was the one to win the competition. Apart from great poker skills, Constantin seems to have had a great amount of luck on his side as he managed to survive six all-ins in heads-up play against Louis.

In fact, he was the total underdog at the start of heads-up play and ended up doubling up six times.

The top three players in the Main Event were all new to this level of competition. Both Constantin and the second-placed Louis recorded the biggest live cashes in their careers. Moreover, the third-place player, Manuel Bueno, even managed to record his first live cash ever. Although his name seems like he is from Spain, Manuel is actually a native German who currently resides in Brighton.

On the other hand, the player who ended up in fourth place, Egidijus Alsauskas, is a regular visitor of the Aspers Casino and managed to win several cash rewards there in the 888poker LIVE Local Series. The player from Lithuania also secured his spot in the event by winning a £60 satellite event. He managed to turn that into a hefty payday of £33,230.

Other players who made it to the final table include Aleksandrs Golubevs from the UK, who ended up fifth for £24,920. The next one on the list is a Russian player, Nikolay Ponomarev, who hit the rail with a total of £20,100.

Seventh place was reserved for Valdir Cordeiro dos Santos from Brazil for £16,660, and Jose Echavarne Gomez from Spain won a total of £13,280. The player who was the first one to leave the final table was another UK resident, Bhavin Khatri, winning a total of £10,000.