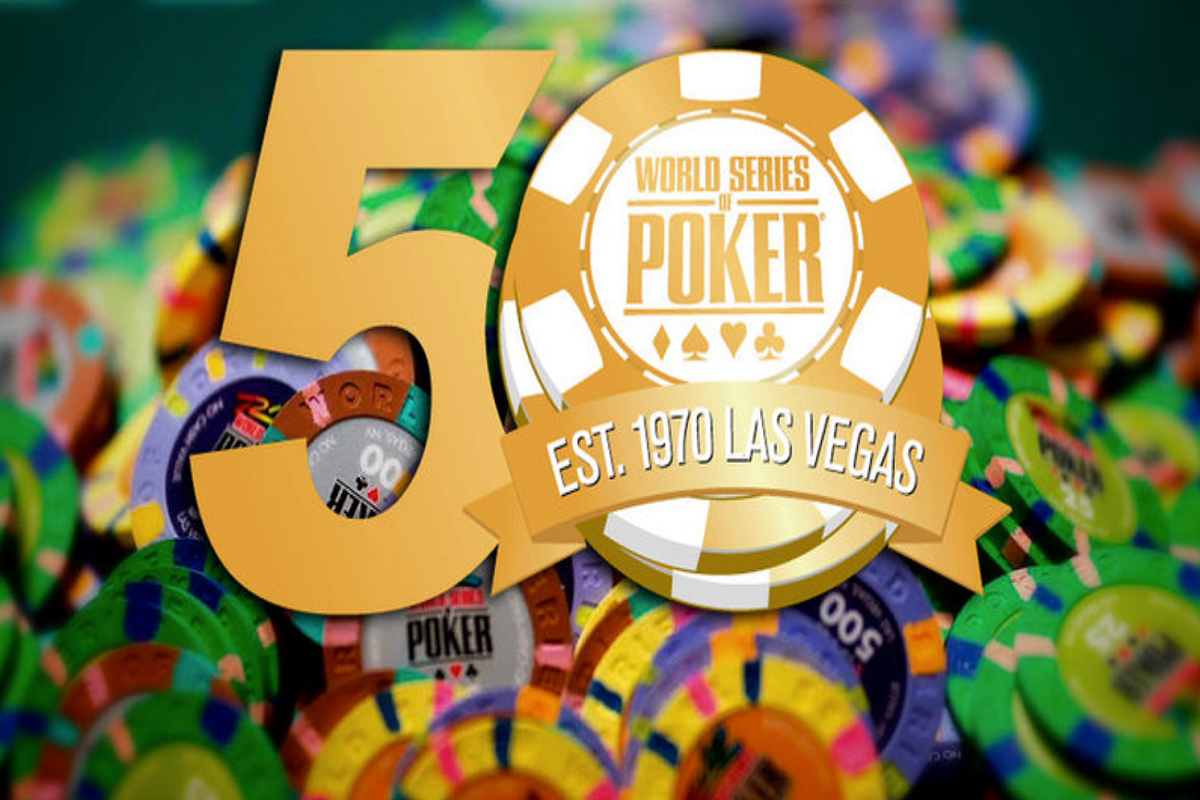 The 50th Anniversary Series took place at WSOP.com and offered more than $3 million in guaranteed money. The series started on September 8 and wrapped up on September 27. During that time, players had an opportunity to take part in 50 different events.

More than 22,000 entries were recorded, and more than $3.4 million was distributed in prizes. Some great players managed to secure a WSOP title during this period.

The Main Event required a buy-in of $555 and attracted 613 players with 359 rebuys. After the registration period was closed, the prize pool was just a bit north of the guaranteed prize – $505,440.

The top 140 players had an opportunity to receive a slice of the cake. Some of the players who made it to the money list but fell short of reaching the final table were Matthew Parry (126th), Kevin MacPhee (105th), Bryan Piccioli (49th), Joe Bartholdi (35th), Michael Marder (30th), Matt Stout (13th), and Adam Hendrix (11th).

In the end, it was Jeff Gotts who managed to top the leaderboard of this event, winning a total of $74,198, which was the single highest payout in the series. Gotts won in the heads-up play against Andrew Lichtenberger, who had to settle for the consolation prize of $54,941.

The final table consisted of nine players, and the first one to hit the rail was “JohnnyBVegas” who earned a total of $7,682 for their effort. After that, it was time for a player nicknamed “sandman88” to leave the game in eighth place, taking home $10,058.

Finishing in seventh place was Gary Kosakowski, who uses the online moniker “phil_ivey.” Kosakowski earned a total of $13,293 for his effort.

With only four participants left at the table, Lokesh Garg hit the rail, earned $29,568. The last player to leave the table before Lichtenberger and Gotts engaged in a heads-up duel was Brian McKinney, who won $29,568 for his effort.

With the win, Gotts denied Lichtenberger his second title.

Other Players Who Won a Title

Apart from the Main Event, there were plenty of other exciting side events for players to compete in at a smaller prize amount.

Andrew Lichtenberger, who ended up as the runner-up in the Main Event, actually managed to win one title already in Event #32: $75,000 NLH High Roller, earning a total of $24,278, which may have provided some minor consolation after missing out on winning the main event.