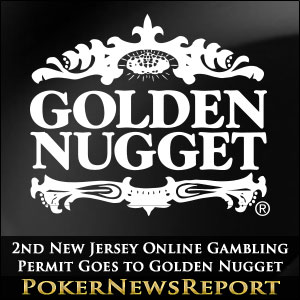 Two of the 12 New Jersey casinos have now been approved, as the Borgata Hotel Casino & Spa was first in line receive the blessing from the Division of Gaming Enforcement (DGE) last week. With 10 more online gambling operator licenses to be issued, DGE officials will likely need to ramp up their efforts to more than one new licensee per week.

In addition to the Atlantic City casinos, there are a roughly three dozen other applicants who hope to be approved and participate in the state’s online poker and gambling regime in one form or another. With the aggressive launch date pegged for November 26, it is hard to imagine the DGE completing its investigation on all those applicants prior to the go live date.

Keep in mind that an invite-only soft launch is set to begin on November 21, so the DGE actually has less time to accomplish the task. In any event, Golden Nugget and Borgata appear set to go, although agreements that each casino entered into with online gambling partners have not yet been rubber-stamped by DGE officials.

The Golden Nugget had been anticipating a real-money launch for quite some time, having the good sense of launching a free-play online poker website months earlier. Goldennuggetpoker.com has been in operation for more than a year, about eight months before Governor Chris Christie signed the state’s online gambling bill into law in February.

It seems very likely that not all 12 of the boardwalk casinos will be prepared by November 26. At least two of the casinos, the Revel and Atlantic Club, are known to be in dire straits financially. As readers will recall, PokerStars attempted to purchase the Atlantic Club earlier this year, but the sale was nullified by New Jersey courts over a contractual technicality.