Popular poker pro and Hollywood actor Chad Brown will be remembered at a charitable poker tournament held in his honor at Planet Hollywood next month. 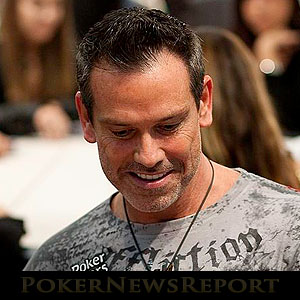 Popular poker pro and Hollywood actor Chad Brown will be remembered at a charitable poker tournament held in his honor at Planet Hollywood next month.

The 2nd Annual Chad Brown Memorial Poker Tournament is scheduled for July 2 at 7:00 p.m. at the Las Vegas casino. A cocktail reception gets underway one hour earlier. Mario Ho, a top poker player and former TV analyst for the Heartland Poker Tour, will serve as host of the event.

Chad Brown passed away on July 2, 2014 at the age of 52, succumbing to a rare type of cancer known as liposarcoma. Just eleven days later, the inaugural Chad Brown Memorial Poker Tournament was held. Players gathered to remember a man who many considered to be one of the nicest guys around, and will do so every year in “a celebration of Chad’s life,” Ho said.

Benefiting from the event will be the T.J. Martell Foundation for Leukemia, Cancer & AIDS Research. But the real winners will be those afflicted with such diseases, as the foundation is dedicated to conducting research in order to find cures.

We look forward to the day when we can conquer this devastating disease, foundation CEO Laura Heatherly said of sarcoma.

The charitable tournament features a $240 buy-in. Re-buys and add-ons are permitted for another $100.

A number of poker tours have donated tournament seats and prize packages to the top finishers of the Chad Brown Memorial event. A 2015 WSOP Main Event seat and a 2016 PokerStars Caribbean Adventure Main Event entry are among the prizes. As are seats in events hosted by the World Poker Tour, PPC Poker Tour and Heartland Poker Tour. Zen Poker and the Poker Academy have pitched in by donating coaching and training to winners of the tournament.

“Downtown” Chad Brown received an honorary gold bracelet from the WSOP before he passed away last year. That marked the first and only time the WSOP has recognized any player in such a fashion.

It was a testament to his likeability and the way in which Brown conducted himself at the WSOP poker tables over the years. Brown finished second twice and third once in WSOP events, knocking on the door of a title but falling short.

Brown earned more than $3.5 million in live tournaments over the course of his poker career. But perhaps more importantly, he earned the respect and admiration of those seated at the tables with him.

For more information about the 2nd Annual Chad Brown Memorial Poker Tournament and/or the T.J. Martell Foundation, click on over to the dedicated page at tjmartell.org.