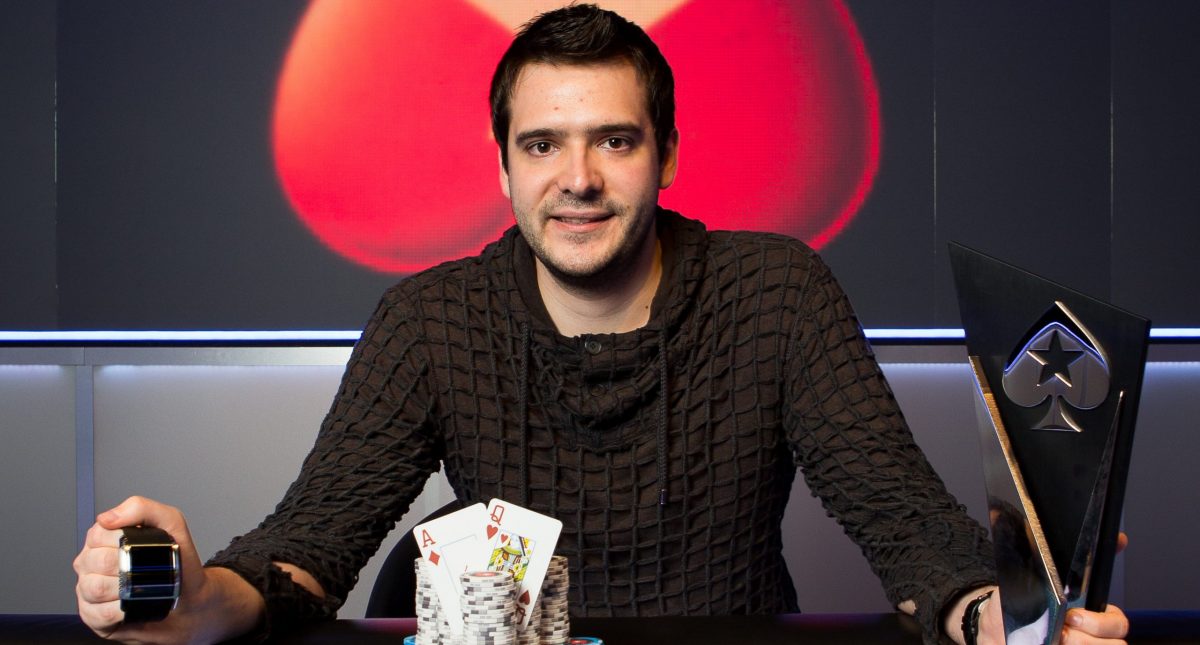 The 2020 World Championship of Online Poker is currently underway, with several events taking place every day. The second day of the festival was pretty exciting as seven winners were crowned and received lucrative prizes for their effort. One of the players that stood out was Dimitar Danchev, who managed to take home a total of $400,000.

Danchev is an experienced poker player, who also won the former PCA championship. He confirmed his poker prowess by taking down the Saturday Slam event that was part of the 2020 WCOOP.

The full name of the event that Dimitar Danchev won was WCOOP-02-H: $10,300 [8-Max, Progressive KO, Sunday Slam]. The Bulgarian poker expert started the final table as the chip leader, which meant that he was all set up to aim for the first place and the most important prize of them all.

The main opponent that Danchev had to face was Mike “SirWatts” Watson, a professional Canadian poker player, who won a total of $198,463. Now, the difference between the final prizes of the two players is created due to them having different bounties. Namely, both of the players received an equal share of the prize pool, with the base prize being $152,682. However, Danchev scored a whopping $247,813 just in bounties, while his final opponent wasn’t as successful, having scored $45,781 in bounties.

The Bulgarian player has been pretty familiar with events that take place on PokerStars, as he has managed to earn approximately $5 million in live cashes, and almost as much in the online poker world. What he lacked in his portfolio was a WCOOP title, so he decided to change that and added one after winning the Sunday Slam event.

Winning this event was not an easy task, as it attracted some of the best players from around the globe, meaning the competition was rather stiff. In the final table alone, we could see some of the living legends of poker, including Joao Vieira, Jans Arends, and Javier Fernandez. Therefore, Denchev did an exceptional job of winning the tournament.

A total of 17 players returned on the final day of the event, and all of them made it to the money list. Denchev was immediately aggressive and started knocking out players, including Scott Margereson and “serggorelyi7.” The player to burst the final table bubble was Patrick “pads1161” Leonard.

The first player to hit the rail in the final table was Andrey Novak from Ukraine, who managed to win a total of $40,483. He was soon followed by the Netherlands poker professional Jans “Graftekkel” Arends, who managed to score $55,241 from his tournament prize and bounties.

The next player in line was Pieter Aerts, a Belgian poker player who ended up with $50,170 in his pocket. Although his base prize was bigger compared to Arends ($37,045 compared to $28,678), he failed to score as many eliminations, resulting in less money than Arends, but a better position.

The sixth place was reserved for Belarus player called Ryhor Karapanu, who managed to earn $61,604. After that, it was time for “663Daur” from Kazakhstan to hit the rail for $73,066, and they were followed by Spain’s Javier Fernandez for $112,039.

The last player to hit the rail before the heads-up play was Joao Vieira, the popular Portuguese poker player, who managed to earn $135,180 for his effort.

Denchev entered the heads-up play as the chip leader, and Watson wasn’t going to give up, scoring a couple of extra chips. However, Denchev proved to be unbeatable in the tournament and ended up winning his first WCOOP title.