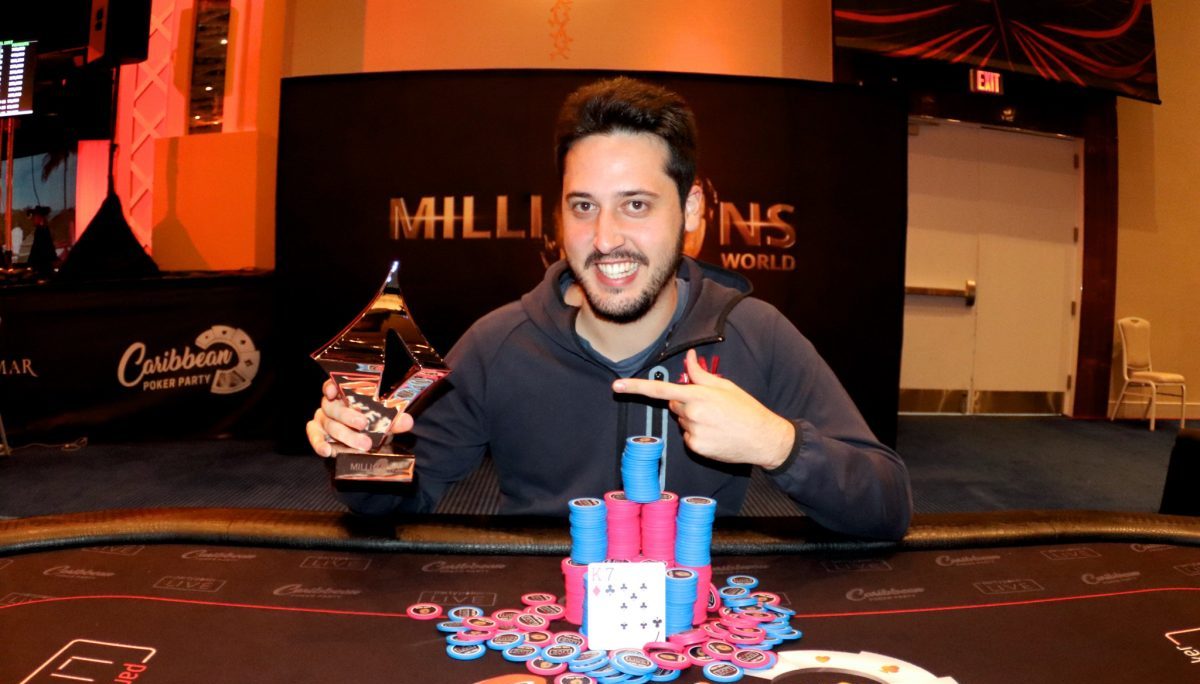 The story of Adrian Mateos, a 25-year-old poker player, is quite fascinating, as he has already managed to achieve much more than the majority of poker players. At the moment, Mateos holds the title of being the youngest poker player in history to have won a total of three gold bracelets at World Series of Poker events. Therefore, Mateos made a name for himself, and the entire poker world currently knows who he is!

The player from Spain has managed to earn a total of $19.4 million from playing poker and is currently No. 1 on the Spanish All-Time Money List. In other words, it’s going to be a long time before someone else breaks the records that the young and talented poker player has set.

The Spaniard continued his amazing streak and once again showcased his exceptional poker-playing skills recently by winning back-to-back events at the 2019 Caribbean Poker Party. The first title he managed to seize was in a No-Limit Hold’em High Roller event that required the buy-in of $25,500. He grabbed the lion’s portion of the $3,125,000 prize pool, emerging in first place out of 125 entries.

When he reached the final table, Mateos had some really stiff competition, including the likes of Darren Elias, who won the World Poker Tour Main Event four times, and the legendary Turkish player, Orpen Kisacikoglu.

Moreover, Mateos had to face Benjamin Pollak, who ended up sixth for $160,000. Pollak made it to third place in the WSOP Main Event in 2017 and is considered one of the best at the moment. Finally, he had to go past Niall Farrell, a player who won the 2017 WSOP Europe High Roller event and won one gold bracelet.

The heads-up play was between the Spanish wunderkind and a popular US player, Brock Wilson. Mateos managed to turn the tables and win the event, despite the fact that he entered heads-up play as an underdog with a 5:1 disadvantage in chips. At one point, the two players made a deal, and Wilson ended up winning more money than Mateos, though Mateos eventually won the event.

Only four days after that, Mateos managed to achieve another great victory in the 2019 Caribbean Poker Party MILLIONS World Bahamans No-Limit Hold ’em Main Event. The buy-in for the event was $10,300, and the guaranteed prize pool was at $10 million.

The event attracted almost 1,000 entries from all parts of the world, and Mateos once again found himself sitting on the throne.

The three players then continued to play for the title and additional prize money of $100,000, which was reserved exclusively for the winner of the Main Event. Once again, Mateos proved to be the most dominant one.
Hunichen ended up third, despite winning the most money from the deal, and Van Blarcum and Mateos continued their battle for the final prize.

Mateos once again showed what he is capable of. The best thing about him is that his poker career has just started. He is only 25, and there are hundreds of tournaments in front of him. If he continues to play the way he does, or even improves further, there’s definitely a bright future ahead of him in the world of poker.