The 2011 European Poker Awards ceremony was held in Paris on Sunday evening. British interest in poker gaming is highlighted as Brits were featured strongly in the line-up of winners. Perhaps the focus of… 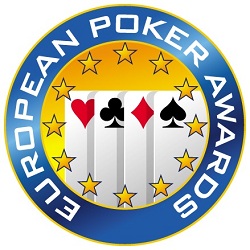 The 2011 European Poker Awards ceremony was held in Paris on Sunday evening.  British interest in poker gaming is highlighted as Brits were featured strongly in the line-up of winners. Perhaps the focus of this event as far as the Brits are concerned is a double win for Jake Cody who was awarded both the ‘Rookie of the Year’ title and the ‘Player of the Year’ title.

Making a name for himself in the poker world in 2010, Jack Cody seemed to have a great year.  He won the title at the EPT Deauville winning $1,213,194 for his efforts and also became champion at the WPT London, earning $425,492.

Europe’s Leading Lady title goes to Brit Liv Boeree following her win at EPT San Remo, which was the biggest event to be won by a female poker player during 2010.   Coming out on top of a field of 1240 players at this event was an impressive feat for any player and seemed to place her at the top of female poker for 2010.

The ‘Outstanding Tournament Performance’ went to Brit James Bord, taking into consideration his win of the WSOPE title.  The decision for this award must have been a difficult one and was probably determined by the winning the championship at WSOPE.

This year’s ‘Lifetime Achievement Award’ went to poker media ambassador, Nic Szeremeta.  This is the first presentation of this award to a person of the media rather than to a poker player.

Even though it could be noted that the British presence was certainly felt among the award winners, it has to be said that some of the awards were presented to non Brits!

The title of Internet Player of the Year was awarded to Andreas Torbergsen, hailing from Norway, after winnings of an approximate $4 million online.

Poker Personality of the Year went to Tony G, after a variety of poker related adventures during 2010, including making a bid for Peter Eastgate’s WSOP bracelet to create a dog collar.

The title ‘Poker Staff Person of the Year’ was awarded to Gerard Serra Retamero of TK Events and was seemingly granted due to his efforts and hard work behind the scenes at the EPT Tour and also at the Spanish Poker Tour.